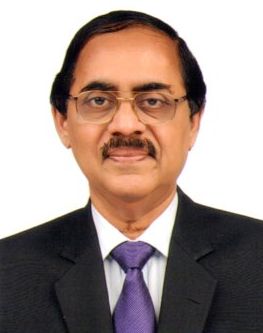 Dr. B.H Sripathi Rao, a well acclaimed Oral and Maxillofacial Surgeon, has been associated with Yenepoya for over 25 years as the Principal /Dean of the Dental College and the Head of the Department of Oral and Maxillofacial Surgery. His commitment, sincerity and industrious nature as a teacher, as a surgeon and as an administrator have earned him the position of Pro Vice Chancellor, Yenepoya (Deemed to be University).

Hailing from Bappanadu, Mulki and being the youngest in a family of doctors, he got his coveted BDS and MDS in Oral and Maxillofacial Surgery from the prestigious Manipal college of Dental Sciences in the year 1976 and 1980 respectively. He was invited by his alma mater to join the Department of Oral and Maxillofacial Surgery as faculty, where he rose to the level of Professor and Head of the Department and served in that capacity for five long years. He was loved and revered by staff and students alike not only for his clinical and academic proficiency but also for his kind and understanding nature. As a reflection of this, he was honoured with the ‘Good Teacher Award’ consecutively.

From 1991 to 1994 he worked as a senior teaching faculty at Faculty of dentistry, Arab Medical University, Libya. In September 1994 he was appointed as Professor and Head, Department of Oral & Maxillofacial Surgery, Yenepoya Dental College, Kodialbail, Mangalore and took over as Principal/ Dean from February 2nd 1995, a position he served at till his retirement on 30th September 2019.
As Principal/ Dean and member of Board of Management, he was responsible for the overall progress and smooth functioning of the dental college with regular up gradation of the Course Curriculum. Leading a team of dedicated faculty members, he worked tirelessly for the growth and development of the dental college and saw numerous DCI and UGC inspections during his tenure. Being the backbone of the dental college he can largely be credited for its rise to being one of the premier dental colleges in the country. His paternal care and guidance saw the institution grow from an infant into a well groomed adult, achieving important milestones along the way. He witnessed the completion of 25 years of establishment of Yenepoya Dental College and enthusiastically took part in the silver jubilee celebrations.
He was instrumental in establishing numerous collaborations in Yenepoya, both international and national with institutions of repute ,the likes of  Brisbane dental college Australia, Dental school  North Caroline, Reversing ‘ C Malaysia, JSS Dental college  Mysore, Pacific Dental College, Udaipur.

Through it all Dr B.H. Sripathi Rao remains a teacher at heart. His passion for teaching is unparalleled and he has a rich experience teaching both undergraduate and postgraduate students. He has been an examiner and Board of Studies member to several Universities in India and abroad and is also a PhD guide. He has authored several chapters in popular Oral and Maxillofacial Surgery textbooks and published numerous papers in renowned national and international journals. He has also been invited as a speaker at national and international conferences owing to his exceptional oratory skills. He was conferred with fellowship degree from the Indian Board of Oral and Maxillofacial Surgery for his contribution towards the growth of Oral and Maxillofacial Surgery as a speciality in India.

During his career he held prominent positions in various national bodies. He was the Executive Committee Member of Dental Council of India from Aug. 2003 – Aug.2008, during which he was responsible for upgrading and changing both B.D.S. and M.D.S. Course Regulations. He has also served as D.C.I. Co-ordinator to National Assessment & Accreditation Council. He was elected as an Executive Committee Member of Association of Oral & Maxillofacial Surgeons of India in November 2005 and as the President of AOMSI Karnataka Chapter for the year 2018. During his tenure as President, he organized state wide oral cancer awareness programs in different districts of Karnataka.

Recognizing his immense contribution to the profession, the Royal College of Physicians and Surgeons of Glasgow, elected him as a Fellow of the Faculty of Dental Sciences in 2019.